When Denon DJ leaked their alleged sidecar player, I was mid-way through making one of my signature cheese pies, which seemed like the perfect commentary on a week of leaks. It did somewhat impact on the brevity of the writing, but there seems to be more interest in my culinary antics than the content of the actual story itself, to the point of numerous recipe requests. So here it is.

What’s funny is that while DJWORX has never been in the tutorial game, that’s exactly what this is. So let’s get into it. 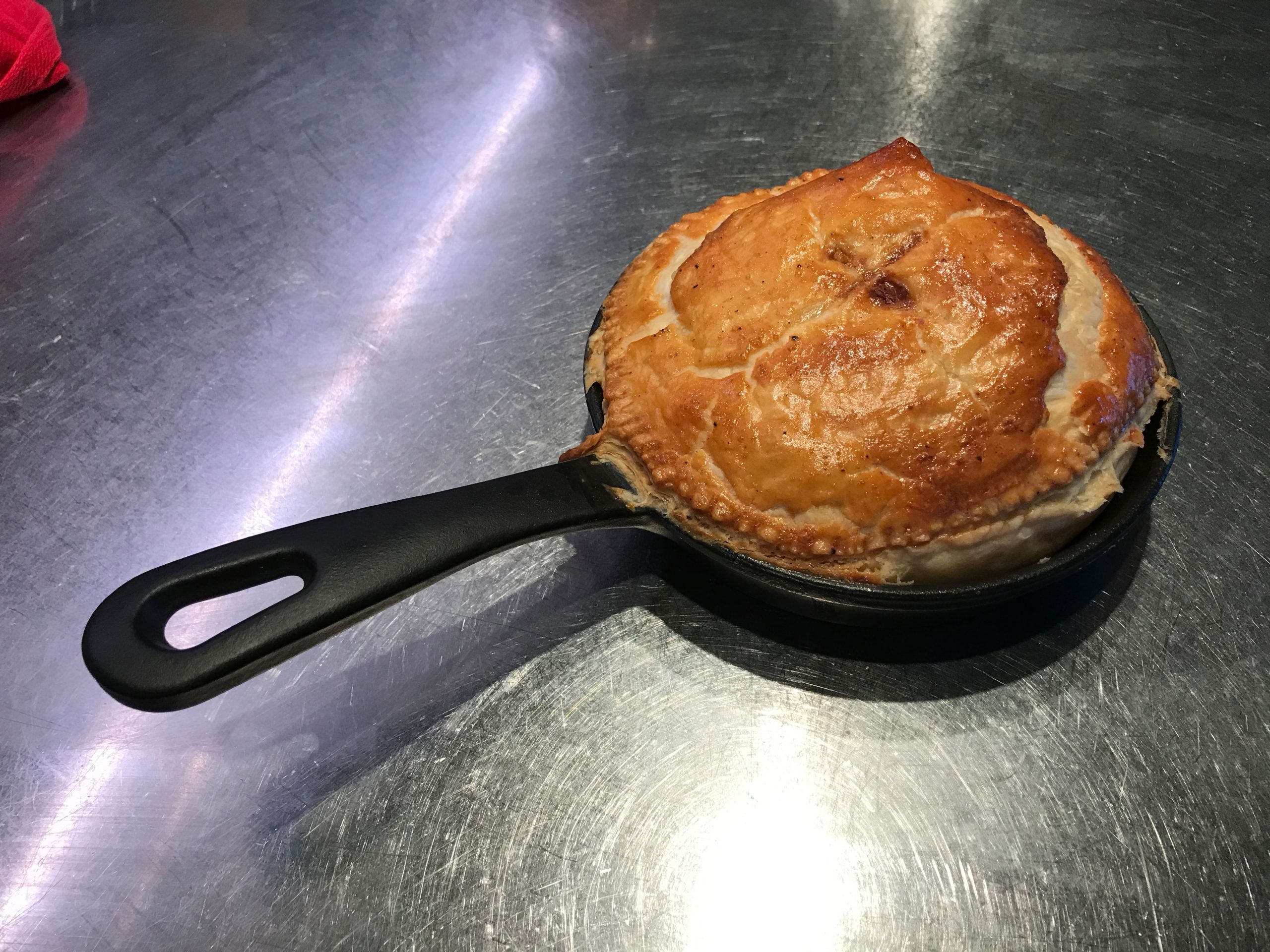 Basically this is a recipe that makes a 6” pie in a cast iron pan. I’m sure you could use a pie dish too but I haven’t tried that.

Me and my better half share this and add some vegetables to make a proper meal. It’s not exactly a vegetarian recipe either, but if you leave out the bacon it is at least meat-free. But be sure to multiply up the amounts accordingly if you want to feed more people, or fancy bigger portions than we do.

First thing — use low heat. You don’t want to be rushing this, especially with a pan full of dairy. You could end up with a separated or burned mess. 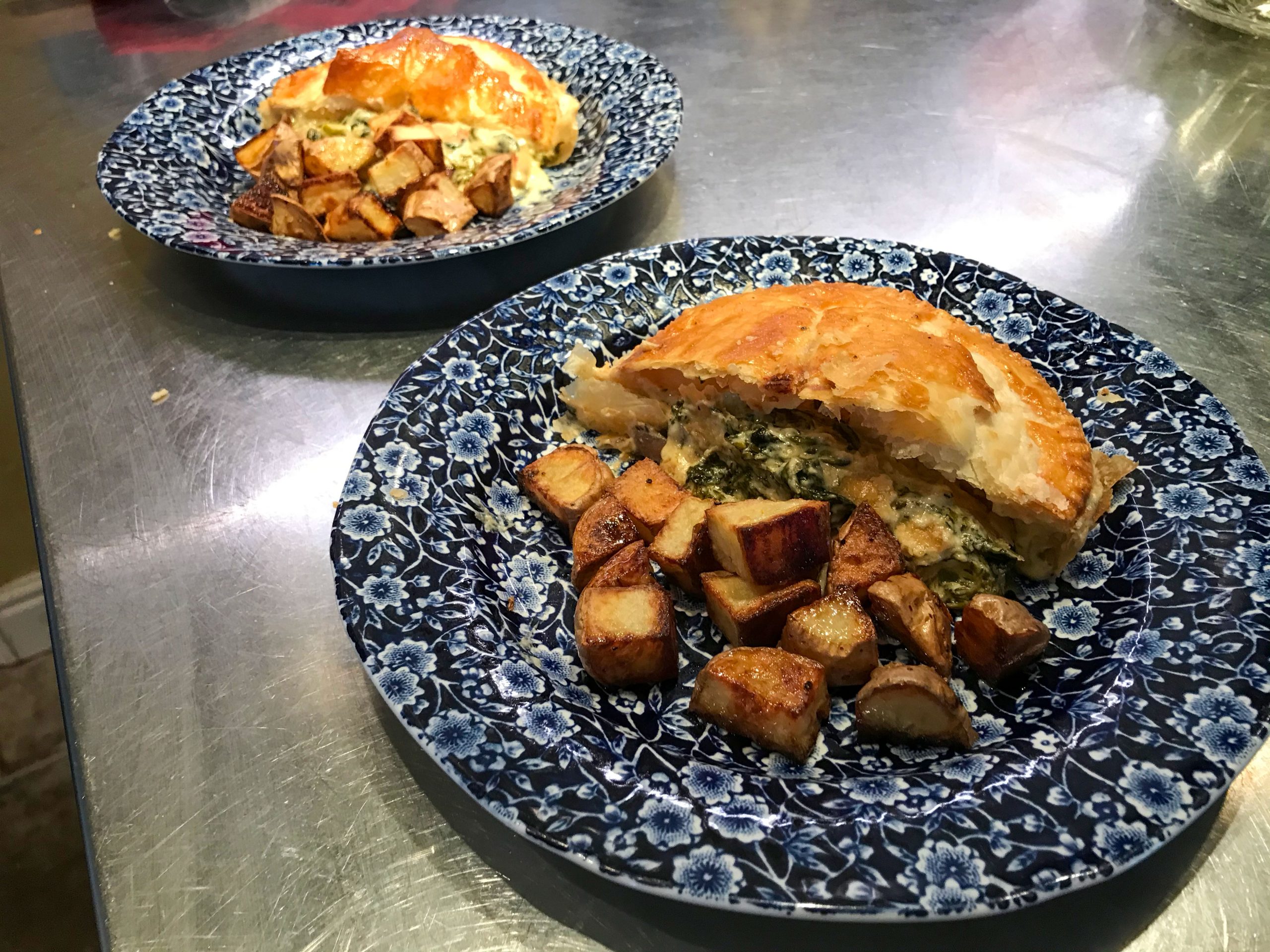 The consistency of the filling will depend on how neatly it’ll transfer from pan to plate (oozy is best IMHO). If you take it out of the oven too soon, the base will be soggy and it’ll stick to the pan, and make serving it a nightmare. I go around the edge with a knife first, slice in half and then edge a palette knife underneath to break it free from the pan.

I tend to make up some little roasties to go on the side, but any veg work. Charred cauliflower/charred Hispi cabbage are particularly nice with this.

It’s not a difficult recipe — just take time with the filling and it’ll all fall into place. It’s also a great recipe for swapping out ingredients to try different things. Swap red onions for spring onions, or try different cheeses or greens. It’s hugely adaptable depending on what’s in your cupboard.

So… is anyone going to try it and post the results here?