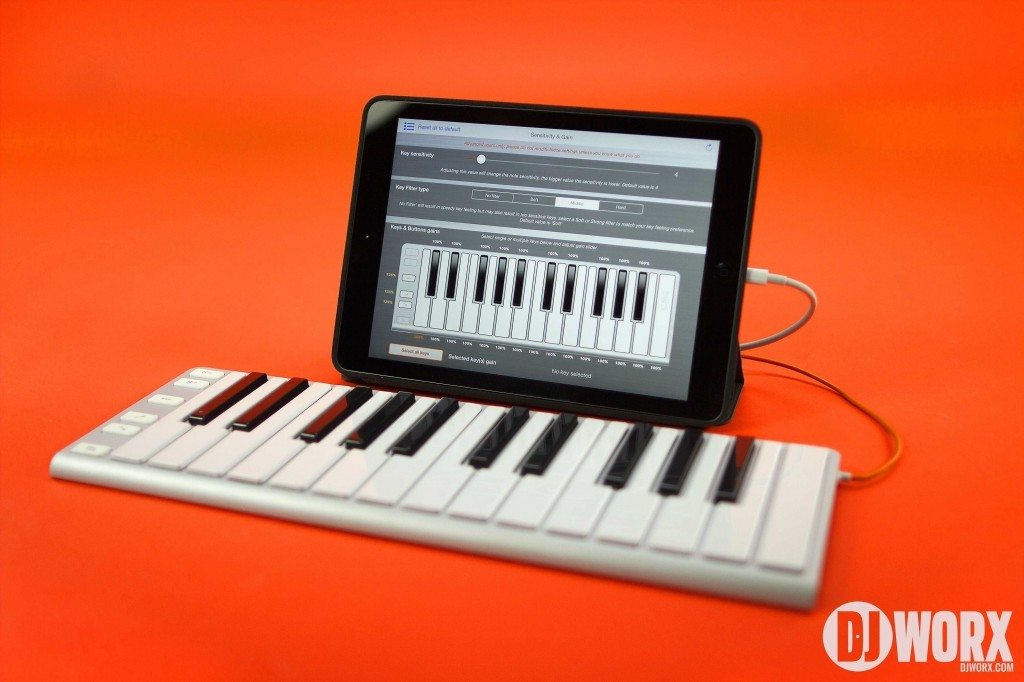 Foreword from the Editor and doting Dad

From time to time, we get sent things that are slightly outside of our DJ remit. Nevertheless, if a company is kind enough to send them, then we’ll do the necessary reviewing honours. But when Hand In Hand sent through a CME Xkey keyboard, it was obvious that skilled keyboard player Hatty Settle should get the opportunity to have a crack at what is her first, and most probably last review for DJWORX. For last week, she started her post-university job for a video production company, which is most definitely the best news ever. Congrats daughter — I couldn’t be more proud. I will miss the Carpenters jazz covers though.

MIDI keyboards are key to music production – but they’re often cumbersome and boring to look at, and not especially portable either. The CME Xkey seeks to change that with its design; It’s reminiscent of Apple technology – aluminium, sleek lines and a lightweight feel. In fact it’s incredibly lightweight, making it transportation-ready and easy enough to slot in wherever space is a problem. But do not mistake its lack of weight for a lack of quality – the CME Xkey does everything it’s supposed to with surprising aptitude. 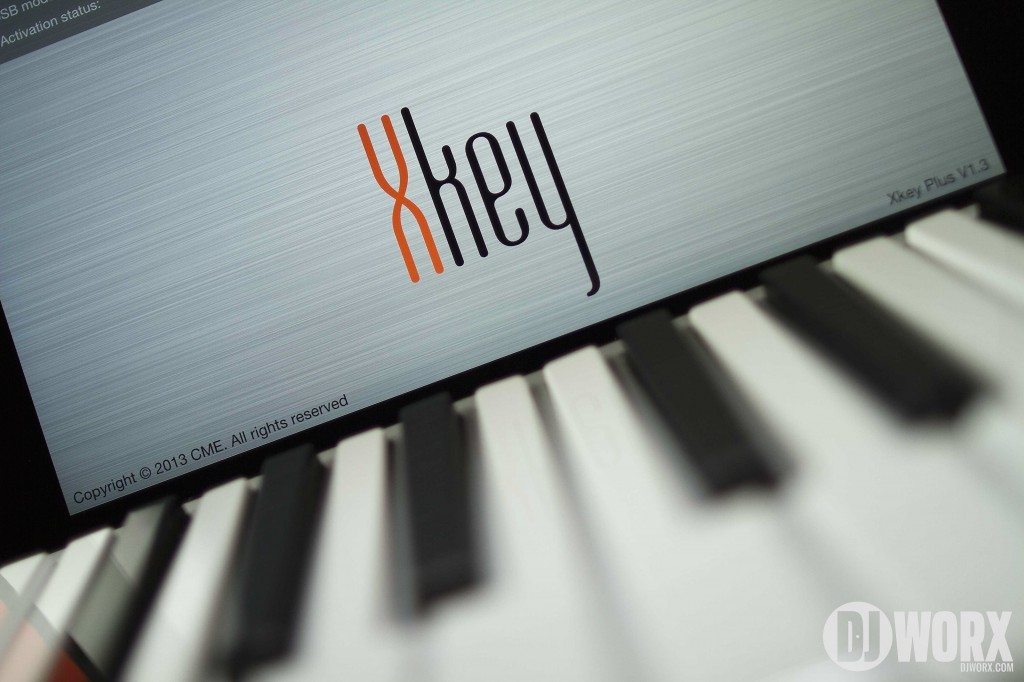 The unit in question is a low-profile USB powered MIDI keyboard with the much sought after polyphonic aftertouch that’s compatible with just about everything. It comes with a funky orange USB cable, but needs a USB camera kit to be connected to an iPad or iPhone. To alter the settings of the Xkey, it’s best partnered with the iOS exclusive app Xkey Plus. Once any changes have been made, they can be saved to the unit so there’s no need to alter them again. However, the app is a little difficult to navigate for beginners and comes with a warning to leave well alone unless you know what you’re doing.

Now for the keyboard itself. Being a very small, it wouldn’t be surprising for the keys to be roughly half the size of traditional piano keys – ostracising the bigger fingered players out there. However, the keys are a good size considering the tiny proportions of the unit, perhaps due to the lack of ‘stuff’ littering the rest of the casing.

There’s only six buttons – two for pitch bend up and down, one for modulation, two for pushing the octave higher or lower, and one for sustaining. Unfortunately, the latter must be pressed and held down throughout the duration of a note, which means that playing a phrase with both hands is a tad bothersome when your pinky finger is babysitting the sustain button. However, it’s a decent function for players with spider fingers or those looking to use one hand on the keyboard and the other to fiddle with the function buttons – and let’s not forget that sustain can be found on most software. The pitch bend and modulation are a little vague and inconsistent – it feels as if the buttons are there purely to fit with the design as a wheel or a knob would be too awkward… if not more effective. 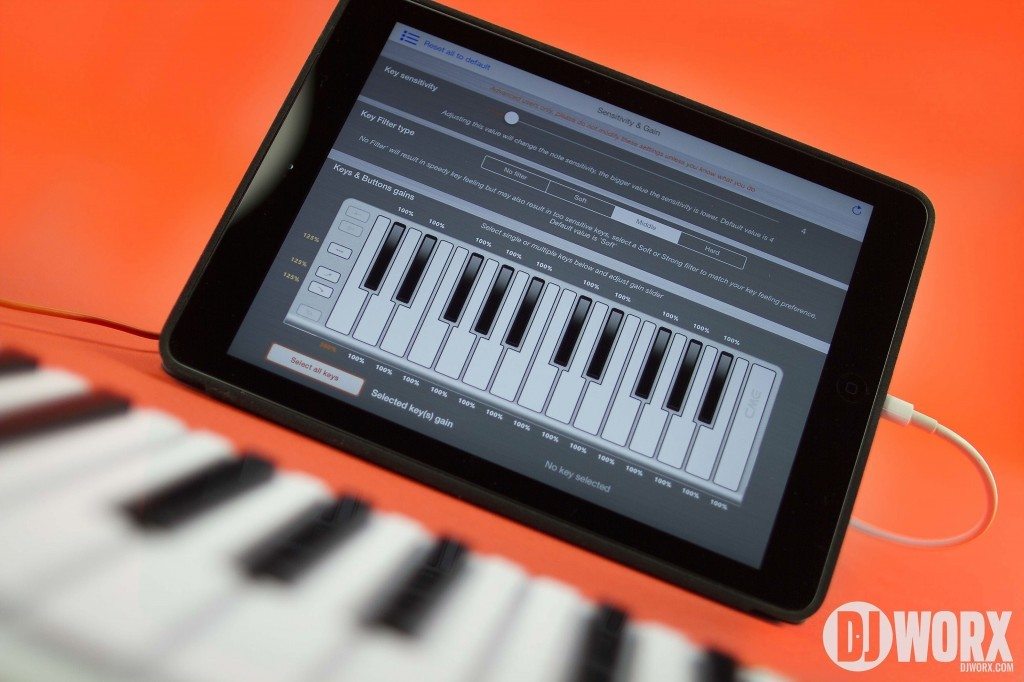 Despite these kinks, it plays beautifully; the keys are remarkably sensitive considering they don’t really go anywhere when pressed down – like an Apple keyboard. This feature is in keeping with the sleek design, but it doesn’t feel like it could take a real hammering. Good job it doesn’t need to be pummelled within an inch of its life for the key sensitivity to be noticed. The software piano on iOS Garageband highlights this, really allowing for a  difference both in volume and depth depending on how the keys are pressed.

In this sense, the CME Xkey great for keyboard players and its strength is in mobile production.  It’s not the cheapest of its type – it retails at £89.00 as opposed to the M-Audio Keystation Mini 32 at £39.99 or the Akai MPK Mini at £69.99. However, it does have the compact and well designed feel of something much more expensive and does everything you’ll need it to. Those looking for something a bit more button/function heavy will want to look elsewhere, but for the simple pleasures of playing music, the Xkey is great for work and play.