The limited edition Technics SL-1200GAE, with more to come 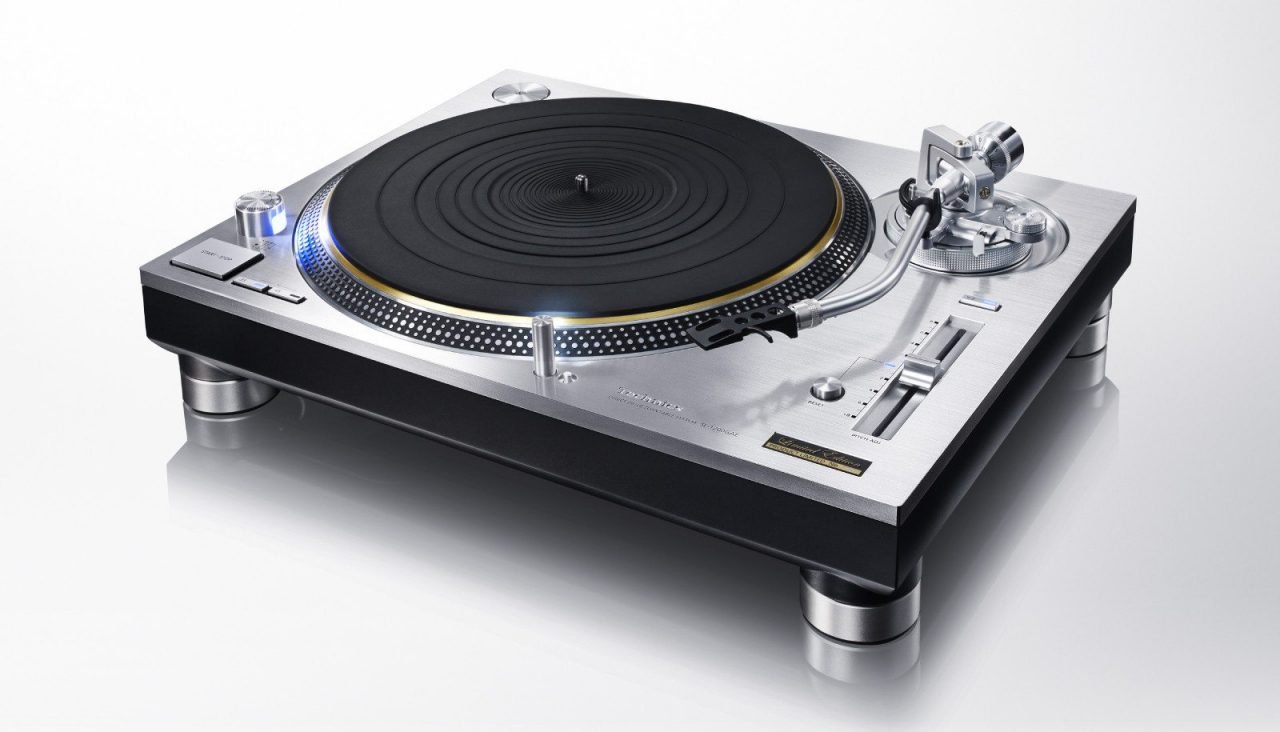 After previously teasing nothing more than a minimalist platter, Technics has taken to the CES 2016 stage to announce what many had been waiting for. It would appear that the legendary Technics SL-1200 direct drive turntable is back.

Gizmodo is there breaking the story, but some details are already up on the Technics website. Here’s the lovingly crafted PR that explains the intention:

Due to the widespread use of CDs, turntable systems disappeared briefly from the market, but their warm sound quality is bringing them back. The direct-drive turntable invented by Technics is still highly acclaimed by audiophiles and DJs in the form of the SL-1200 Series, and there have been many requests to revive the turntable system. As such, we decided to develop a new system for Hi-Fi use. Here we provide an outline of our intent in this development.

Direct-drive is generally considered to be for DJ use, and belt drive is for Hi-Fi use. In the 1970s, when Technics invented direct-drive turntables, their performance and reliability were first recognised by broadcast stations. High acclaim was then received by audiophiles. The high-precision rotation and absence of S/N ratio degradation were particularly attractive to these users. The high torque and reliability of direct-drive were recognised by DJs, and direct-drive turntables became the standard in the club scene.

Technics was also a leader in incorporating innovations, such as vibration-damping materials, cabinet construction, and insulators. Having inherited the DNA of Technics, we do not wish to merely make a replica of the SL-1200.

In other words, our intent in this development is to redefine the direct-drive turntable reference.

Kicking things of is a brand new model. The limited edition Grand Class SL-1200GAE is a limited edition coming out this summer. While retaining the obvious iconic DNA, it is a cleaner and sharper unit. I’m guessing that this is a full retooled unit, with everything being designed and made from scratch.

It’s hard to make any more comments about it right now without more photos. We have no idea if the audio and power is still hardwired . We don’t know the torque, although this is likely to be higher than before. What we do know is that this new 1200 is a full 6kg heavier than the mk2. And no word on price yet either.

Obviously we’ll revisit this as it develops. But it would appear that our scene is about to fall in love with Technics all over again.